I say, I was in a section of this foreign country (I really must stop saying that) where Karaoke is a thing, so some new friends I had made took me to a karaoke bar. I must confess, it was indeed de ‘ting. People sang and rapped so well there was no need for a DJ for some time and we all were ‘getting’ jiggy with it’ when I felt the need to go pee.

There was a girl standing in the hallway of the bathrooms and I could see that the only two stalls were empty. My plan was to pass her and enter the toilet on the left. Her plan, when I passed her, was to grab me by the waist, push me up against the wall and feel me up. People, she groped my boobies.

“Eeeek! Wooooaaah!”, I swatted at her hands as I tried to shrink away but she was still leaning in too close to be normal. “What the hell?!”

“You’re so pretty, baby”, she slurred. Although I have never experienced getting in a fight with a drunk chick in a toilet, I know that a fight in a toilet with any person has me squarely in the losing position. Small size and all that. I prepared to keep this civil.

“When were you born?”, she demanded.

“Just tell me when you were born”, she purred.

I pushed past her and entered the toilet and was turning to close the toilet door when she stepped into the doorway and blocked it. I don’t know why of all the people ‘getting jiggy with it’, no one felt the need to come pee and help me out of this predicament.

“When were you born?”, she was yelling. Was this kyana insane? I gave her as politely hostile a stare as I could muster and said nothing.

Jeez Louise. I was being molested by a baby? A tad offended, I was still glad at a chance to end her search for a soul mate. If I was not too old, I would hopefully be too poor. No car, etcetera.

“No”, she said, angry. She suddenly was very angry. “Stop lying to me!”

I had had quite enough. I pulled myself up to my full 4 feet 8 inches, adopted the tone of a stern teacher and said haughtily.

“Young woman. Get the fuck out of my toilet!”. 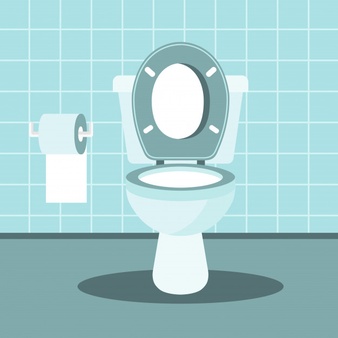 This takes ‘turf war’ to a whole new level