A European friend of mine invited me to dinner with her and a British man who had called her for a meeting. She’d never met him before and wanted to feel safe so she asked me to come be a third wheel. I didn’t mind. I’ve always got my sisters’ backs.

He worked in security, he told us, and oversaw very delicate operations. It appeared one of these operations were taking place while we were eating as he kept getting phone calls. It was very sensitive, he assured us. His employees (all Ugandans) sometimes worked 48 hours straight. But he wished he could rely on a more professional work force. 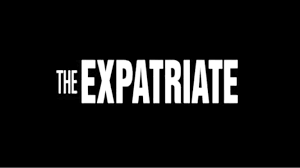 “It’s really very difficult working with Ugandans”, he told me. “They’re just so lazy and want to get paid for doing nothing”.

I wondered if he thought I was from Ecuador but he assured me he was on point.

“You’re Ugandan, you know what I’m talking about”, he said to my face. “Almost impossible to get good results out of a Ugandan”.

My friend’s face wore a look of wondrous incredulity with which I empathized. For her heart’s health I made no scene and sipped my wine to keep my tongue occupied.

“Yes, yes”, I kept nodding as he went on about the fakeness of my people. I noticed that he was dressed in the best and every time he opened his wallet, I was surprised the sheer volume of notes could fit in it. Uganda and its people who sometimes worked 48 hours straight for him made him this money and gave him a place to call home. But they are also lazy. Okay.

I wonder if my Ugandan body would be safe if I lived in his country and complained about its inhabitants to total strangers from the same place.