Something about boarding school put me off cold water for ever. I recall dim nightmares of waking up at 5.30 am, and running through the rain to get to the bathroom where I would freezingly douse myself in more cold water. 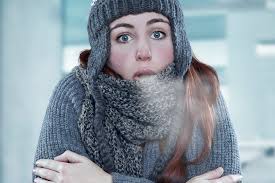 After I left boarding school, I made a most sincere promise to myself: Never Again. Until the day I woke up at home and there was no electricity for the water heater and no gas to boil water.

A panic attack was becoming imminent. I silenced it and decided not to be a sissy. I mean, who did I think I was – Beyonce? I could have a cold bath without dying.

So I tentatively approached the bathtub and turned on the knob to let the flow. I tested the temperature with the tip of my fingernail. Not even finger. Fingernail.

I retreated to the doorway where I stared at the flowing water with deep hatred. I decided maybe if I did it back like in boarding school, it would be easier. I placed a basin of water under the spout and chewed my fingernails as I watched it fill. When it was done, I tip toed towards said basin and placed a toenail inside.

Not a toe. A toenail.

I decided to just go with the flow. I took off my towel and as the cold air whirled around my body, I begun to whimper. I stepped into the tub and poured some cold water over my feet. To get used to it from the bottom up, you know.

That was enough. With a huff and a toss of my head, I stepped out of the tub, left that bathroom and never looked back.

No one could tell I hadn’t showered that day anyway.