In my boarding secondary school, there was a mistaken assumption that I was someone of intellectual merit.

I appeared to be an introspective genius, you see. I spent my days and nights in the school library, reading books by English country vet James Herriot-a man I have had a healthy obsession with all my life. I could also be glimpsed reading books on the constellation of the stars and was out on the grass peering at the sky. Things like that.

So when it was time to pick a class leader for Senior Six, I could see why some people thought I was just the chick for the job.

This was the plot. Once a week, Senior Six students were forced to gather and just talk about being good young women-wash your hair, dress appropriately, be presentable, you’d better know how to cook, and so on. We were supervised by a Miss Hadija (not real name) who was in charge of the meetings.

On this fateful day, Miss Hadija wanted us to elect a class leader to work with her. I was in the back reading Herriot’s It shouldn’t happen to a vet. I noticed everybody raising their hand and clapping delightedly. Someone had nominated someone and everybody was seconding the nomination.

I went back to my book as I raised my hand and after a few seconds, noticed everyone laughing.

“You can’t put your hand up, Kuku!” someone said. “It’s you we’re nominating.”

Why was I born so unfortunate? I stood up to make my ‘acceptance speech’.

“I respectfully decline,” I announced and sat down. There was a grave silence.

“You what?” Miss Hadija asked quietly. I stood up again.

“I respectfully decline,” I sat down. I hoped this wouldn’t be difficult.

“The people have chosen you!” Miss Hadija’s voice was rising. “And you are refusing?”

“Yes,” I said again. “I thought this was a democracy”.

“You are not allowed to disappoint the people that have placed trust in you,” Miss Hadija was furious. “What kind of example are you showing your fellow ladies, that you reject their trust? Accept your nomination!”

That is how, to my tremendous joy, I was banned from all class meetings for the duration of my stay in the school. 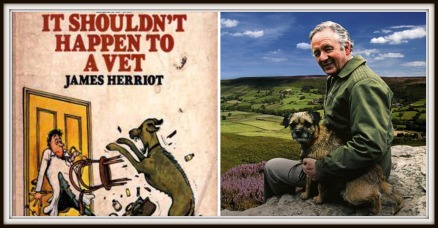 More time for you, Jamie boy

P.S: Anyone with a James Herriot book they do not want anymore should throw it at me via this email address: lindseykukunda@gmail.com.