“Don’t lose sight of that car!”

Esther and I, on the back of a boda boda, kept our rider true to our mission-a high speed chase after a vehicle with potential kidnappers inside.

The boda had picked us up at Centenary Park, and we were initially heading towards Luzira. It was going on 11.00pm and we had just passed the railway tracks.

“Did you hear that?” our boda boda rider asked suddenly. Call him Captain.

“What?” Esther and I asked. He slowed down a bit.

“The scream that came from that car. A woman is being robbed. Look behind!”

Sure enough, right at the railway tracks, a car was travelling at the pace of a snail in the other direction. It looked like the driver was slowing down to take a phone call. Captain explained what was happening.

“She’s either being robbed or they’re going to enter. Ah, the car is picking up speed. The thieves have entered! Now they’re going to order her to drive somewhere where they can do whatever they want”.

I felt a sick feeling in the pit of my stomach. Also a sense of urgency.

“What?” Esther and Captain asked at the same time.

Captain turned around and we begun to try to catch up with them as they picked up speed.

“Are you going to pay me the money for this chase?” he demanded.
“Yes!” I breathed. “Now hurry. We MUST catch up with them and make them know we’re onto them!”

I sent a prayer to the stars that they were not going to Nairobi.

“Let us hope that when we reach town, the traffic shall order us to stop”, Esther voiced my thoughts. “Otherwise, who knows how far we shall have to follow this car?!”

“I don’t care”, I said. “We’re following these fuckers paka!”

We were now only a few meters behind the car and could see the license plate number. Esther was trying to get through to the police.

“Look!” she cried triumphantly. “Traffic lights. Now we can get right next to them. But what are we going to do when we get there?”

I licked my lips, salivating in anticipation as we approached the right side of the car.

My voice trailed off as the Captain, Esther and I looked inside in bewilderment. There were two women in front, and about three other people in the back. They did not look frightened. We motioned for the passenger to lower her window.

“Are you fine?” we demanded hurriedly. Desperately. Please don’t be fine. Let the drama not be for nothing.

Give us a fight.

“We heard a scream” Esther explained. “We thought y’all were kidnapped”.

“Banange!” the woman in the passenger seat admitted, happy to have a new audience. “These thieves opened my window. They took my bag, my walking stick, everything!”

We stared at each other.

“But thank you, we’re fine”, she finished.

I’d like to think, that one night when I or any of my friends is being robbed or kidnapped for real-that any witnesses on the other end of the road who hear our screams cut off abruptly will have the heart to follow us, and make sure we’re okay. 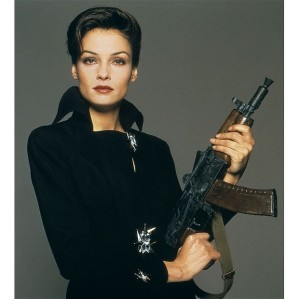 3 thoughts on “We are James Bond.”